Hello!  I'm still a bit discombobulated, but it's good to be back.

Transitions can be tricky, yes?  So I'm kicking off my Big Return with a pictorial history of my awesome vacation.  Because it was crammed with memorable moments, and a few of them are share-able.

Our first stop, after parking for the night at the home of Mr. A's relatives, was an IN-THE-FLESH MEETING WITH JODI MEADOWS.  Not that we were excited to discover that we actually AREN'T the same person.  And that we could, yanno, TALK TO instead of TYPE AT each other. 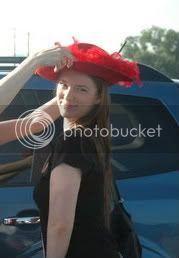 We met in the parking lot of a local diner, and of course I couldn't wait to plop my red hat onto Jodi's head.  You can see how reluctant she was to try it on.
After a loooooong breakfast (my coffee got so cold that we asked the waitress to nuke it), we headed to the bookstore, where we met up with Ricki Schultz. Okay, it was a little weird being introduced as "Authoress." So I told her my name.
If you try to wheedle it out of her, I will hunt you down.

Anyway, Ricki looks WAY better in the hat than I ever could, don't you think? 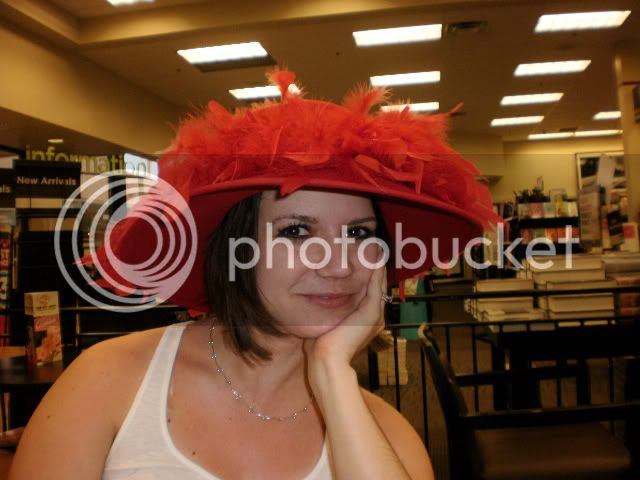 And of course, I had to capture the uber-cuteness of Writerly Girls in Hats, just because: 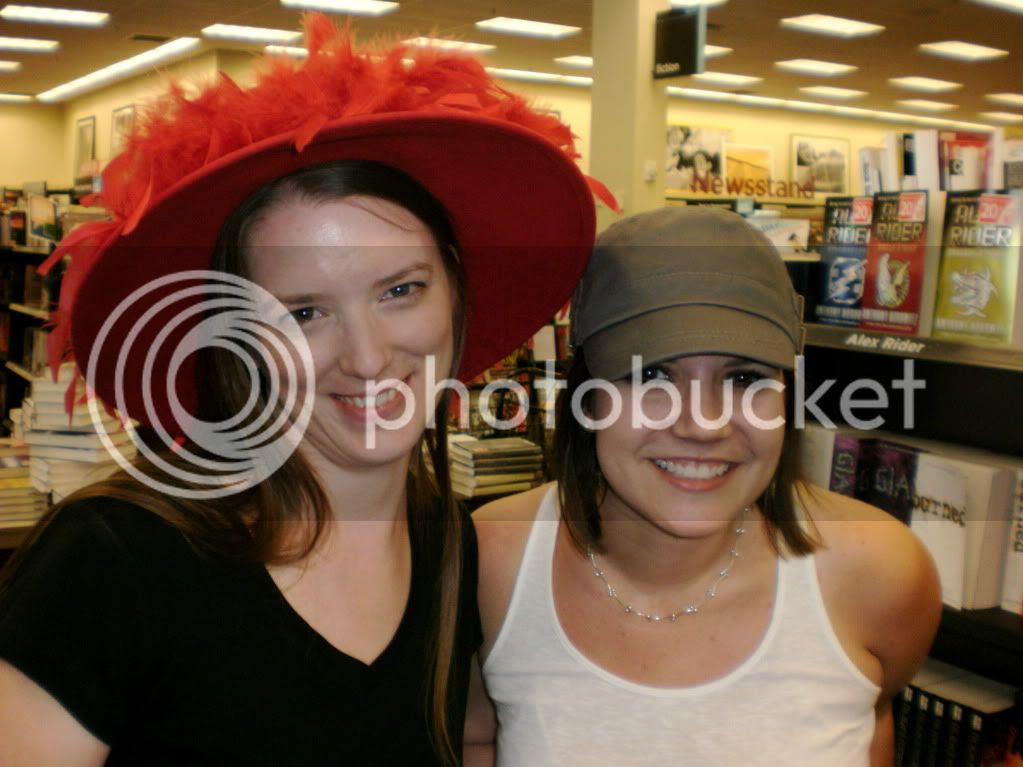 Naturally I had to get in front of the camera, too.  See that flash-drained book?  That's the brand-new-shiny copy of Elana Johnson's POSSESSION I bought while visiting with Jodi and Ricki.  Totally appropriate purchase, don't you think? 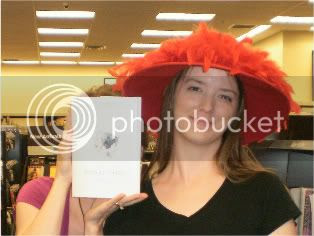 And if that's not enough proof that Jodi and I are actually NOT the same person, maybe this will be: 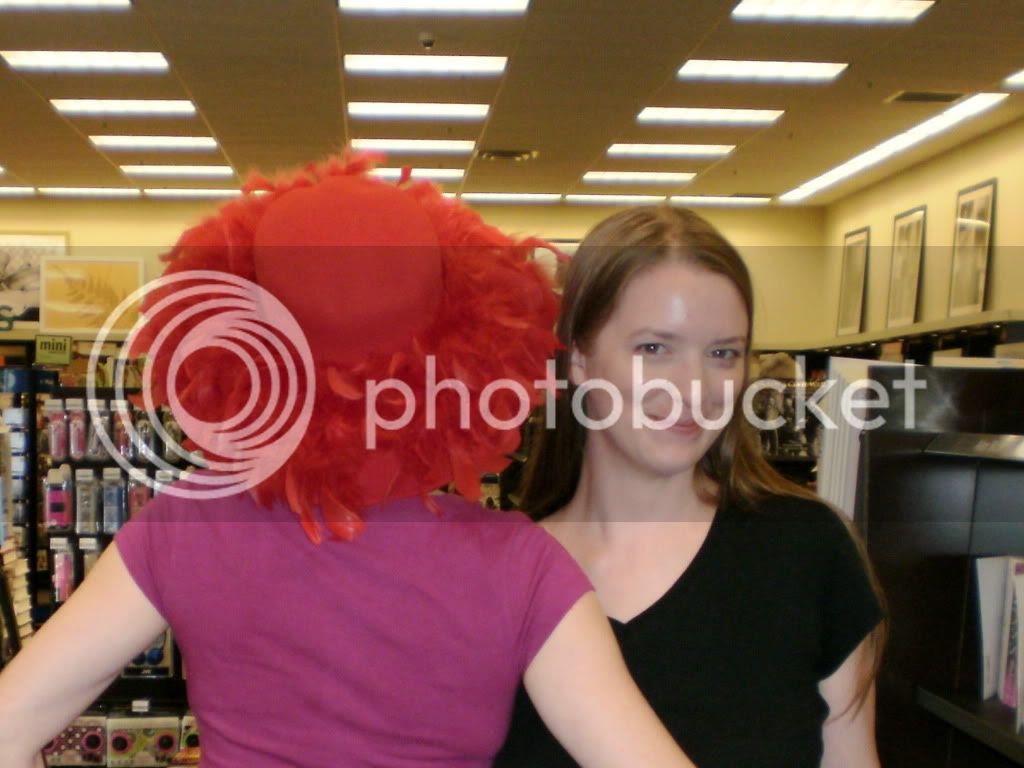 After bidding farewell to Ricki and making my purchase, I made my way to Jodi's house, where I was, with much trepidation, introduced to her Ferret Army. 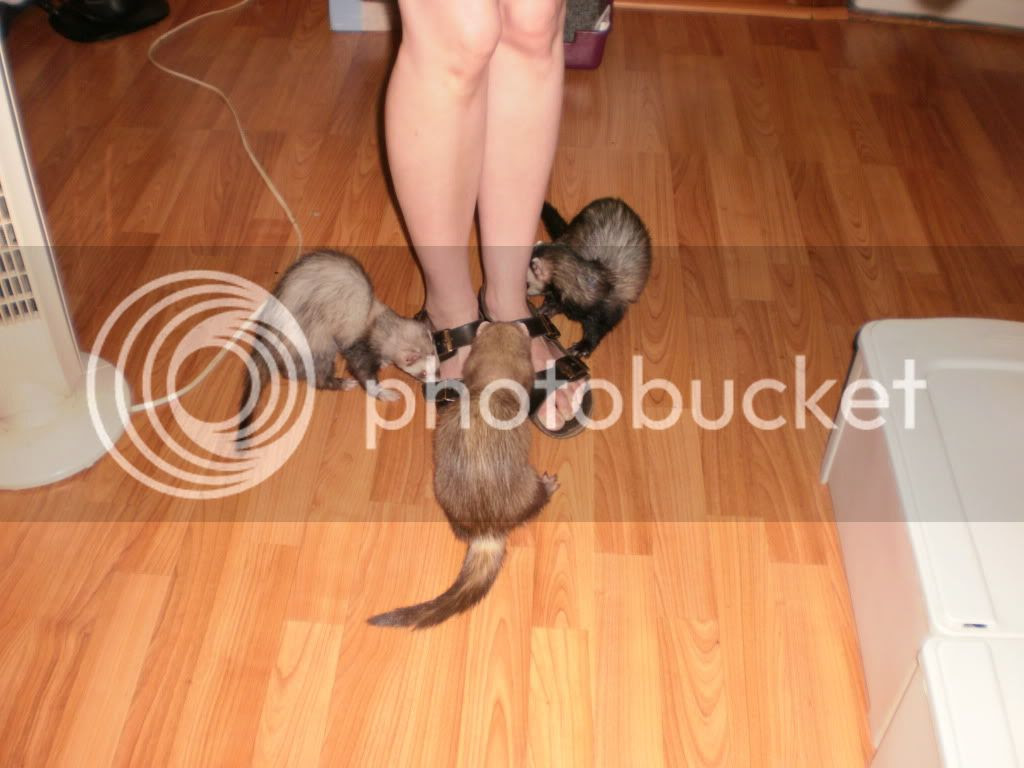 Clearly my feet are attractive to the long-bodied, hairy type.  Or maybe it was my Birkies.  At any rate, the silly little things won me over in very short order.
This is the part where I publicly apologize to Jodi for maligning ferretkind:
I'M SORRY FOR MALIGNING FERRETKIND.
Because, yes.  They are extremely cute and friendly.  Even when they are biting bits of me.
Regardless of the fact that favoritism might be damaging to ferrets, I was definitely fondest of Bobby, who was too small to wear my hat.  So it wore him instead. 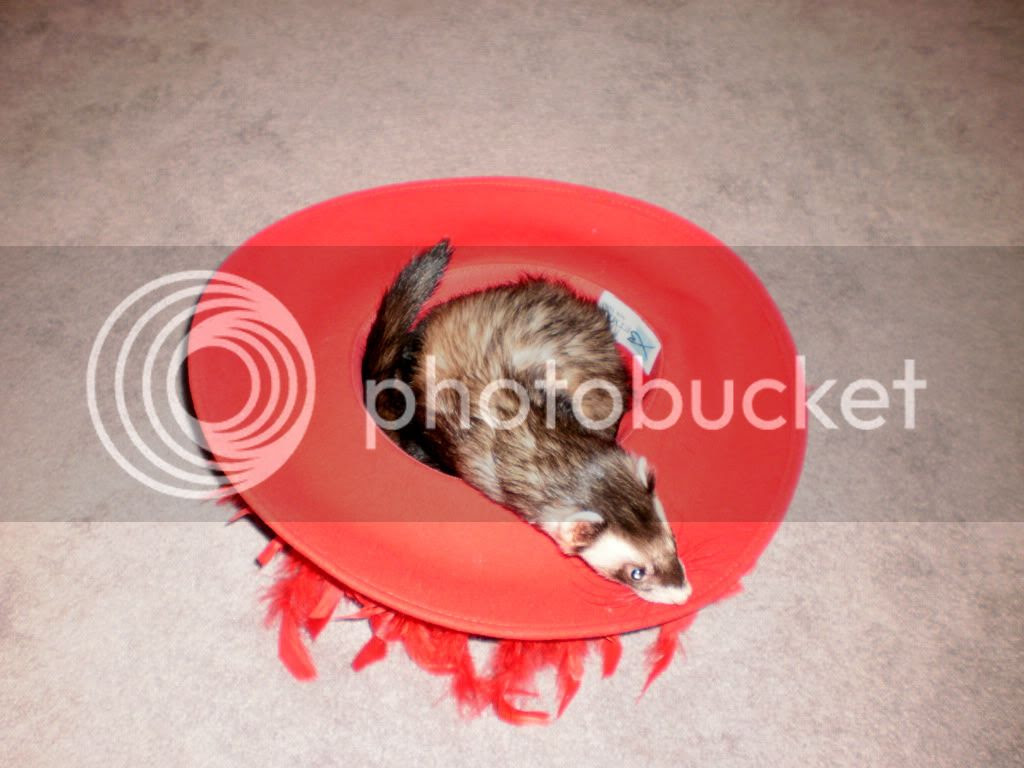 Before it was time for me to leave, Jodi taught me how to--wait for it--spin.  As in, fiber into yarn.  As in, the kind of thing my fingers and brain aren't designed for.
But I did it!! And only because Jodi is a patient and attentive teacher.  And a master of spinning and all-things-yarnish in her own right.
Here is my wee skein, of which I am measurelessly proud: 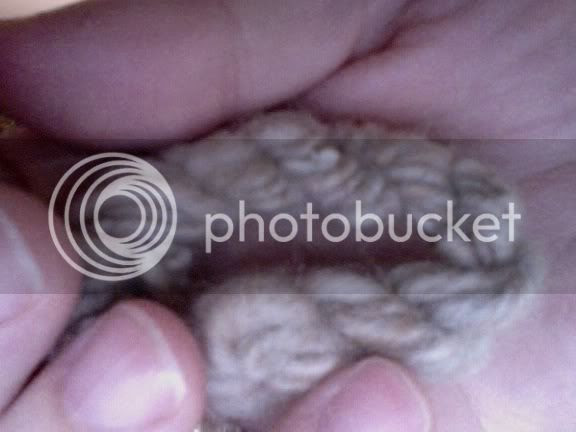 My delightful Jodivisit was followed by a few days at my parents' home, which was followed by an entire week at the shore.  My heart, soul, spirit, and about half of my brain are still there. 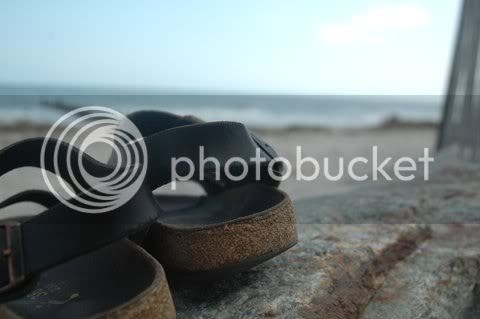 Yep.  Birkies and beach.  The above photo sums up the week.  I can only add that there is something about the ocean that lubricates my mind.  I spent the earliest part of each morning alone on the beach, and part of that time was spent plotting.  I can honestly say that I didn't have a single bout of blank staring.  Not one!  Which proves that I should be living by the ocean.
The pain of leaving my favorite beach town was softened by my trip to New York, which was the last Big Exciting Thing on my agenda.  I met Josh at the sparkly-new Hannigan Salky Getzler Agency, where he introduced me to his delightful assistant Maddie Raffel, who deserves to have been photographed but was, sadly, overlooked.  You can get a peek at her adorableness, though, by following her on Twitter.
I spared Josh the humiliation of wearing the hat in the restaurant, but nabbed him after lunch for the Josh-In-Hat photo shoot.

Honestly, I DIDN'T tell him how to pose.  He just owned the moment. 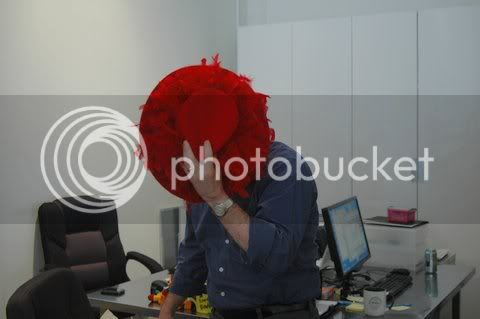 Of course, Josh isn't the one who needs to stay anonymous.  So here's the faceful version: 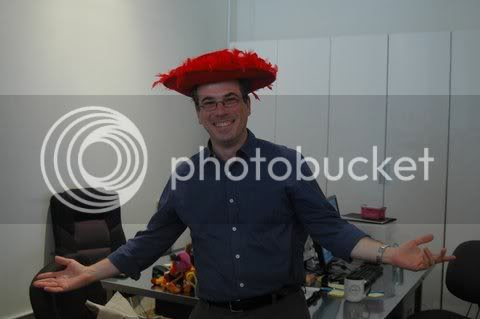 Can't you just hear him saying, "Look at my new digs! AWESOME, huh?"

And, yeah. Those are stuffed muppets on his desk. (I didn't ask.)

Anyway, it's always interesting to see if you "click" with someone in real life, right?  Jodi was a no-brainer; we spend so much online time together that it's almost like we're in the same room already.  Not to mention the cell phone squeeing during peak moments in our lives -- like the sale of her book last June and my signing with Josh in December.

My relationship with Josh, on the other hand, has consisted of a few phone calls, a steady slew of emails, and occasional Facebook banter.  It could've gone either way.  As in, "Wow, this guy is NOTHING like the way he portrays himself online!" or "Yep, he's totally the Josh I know."

You guessed it.  He's totally the Josh I know.  And I'm certain (yet again, as ever) that I've signed with the right agent.

I have no idea if he had a similar response to meeting me.  You'll have to ask him.

So here it is--Josh and the Ghostly Authoress: 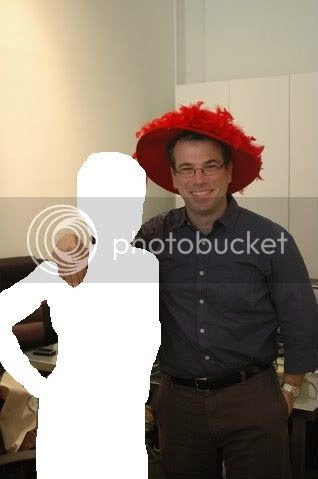 There you have it!  And now I'm back to business as usual.  Thanks for hanging around while I was gone!  Now, what should we do next...?
Posted by Authoress at 8:00 AM