On the Block: Our Lovely Lurking Editors!

In addition to the fast-paced bidding, On the Block will also include LURKING EDITORS, who will be skulking about, reading through the entries.  If they see anything they like, they will leave lurky editorial feedback!  So once the winning entries go live (November 6), keep your eye out for feedback from these four sneaky lurkers: 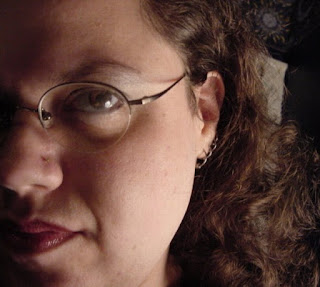 Gabrielle Harbowy has edited for publishers such as Pyr, Lambda Literary, and Circlet Press. She is the managing editor at Dragon Moon Press and a submissions editor at the Hugo-nominated Apex Magazine. With Ed Greenwood, she co-edited the award-nominated When the Hero Comes Home anthology series, and their next anthology endeavor is Women in Practical Armor, forthcoming from Evil Girlfriend Media. Her short fiction can be found in anthologies, including Carbide Tipped Pens from Tor, and her first novel is forthcoming from Paizo. 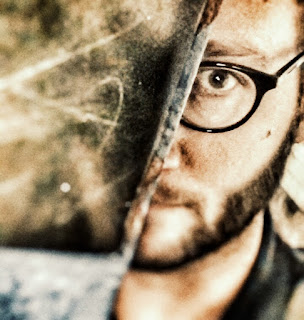 Peter Senftleben is an associate editor at Kensington Books, where he is building his own varied and distinguished list. He joined Kensington in 2006 after sharpening his editorial skills and red pencil while working at literary agencies. A graduate of Tulane University with a degree in chemical engineering and math (yes, math), Peter occasionally indulges the numbers side of his brain with a challenging Sudoku puzzle or by baking, but he can more often be seen watching trashy television shows.

Peter is currently acquiring many types of fiction; his interests include: mysteries, thrillers, mainstream and women’s fiction, urban fantasy, paranormal fiction, all subgenres of romance, gay fiction, and young adult novels with crossover potential. Peter is often drawn to distinctive voices, stunning writing, realistic characters, and stories that will make him LOL (literally), cry in public, scare the bejeezus out of him, or engage him so deeply that he skips meals. He does not want to see anything with terrorists of any kind.

Some recent releases include:

A MEASURE OF HAPPINESS by Lorrie Thomson (September 2015)

SUCH A DANCE by Kate McMurray (October 2015) 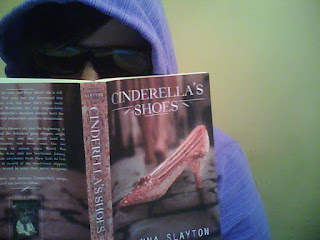 Lydia Sharp is an editor for Entangled Publishing and assistant to the executive editorial director Stacy Abrams. She is also a short fiction author and YA novelist represented by Laura Bradford at the Bradford Literary Agency.

Over the years, Lydia has been a regular contributor to several writing and publishing industry sites, including the award-winning Writer Unboxed. Since joining the Entangled editorial team, she has had the privilege of working with some very talented authors in a variety of genres and reading categories.

When not completely immersed in a book, Lydia binges on Netflix, pines for Fall, and hosts mad tea parties in Wonderland. Follow on Twitter @lydia_sharp. Here is a list of featured titles I've edited either as the main editor or as the assistant editor to Stacy Abrams: 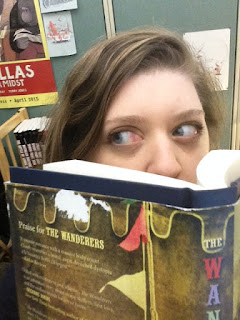 WANDERING WILD by Jessica Taylor (May 2016)

A MILLION TIMES GOODNIGHT by Kristina McBride (July 2016)
Posted by Authoress at 9:01 AM

Email ThisBlogThis!Share to TwitterShare to FacebookShare to Pinterest
Labels: on the block