Our Lurking Editors Are Ready to Lurk!

As soon as they appear, feel free to start offering your critique.  Along with you, our 3 LURKING EDITORS will be sniffing about, and if they see anything that catches their eye, they'll be offering critique on that entry.

Keep your eyes out!  It's invaluable to see what an editor has to say about something.

HERE ARE OUR LURKING EDITORS: 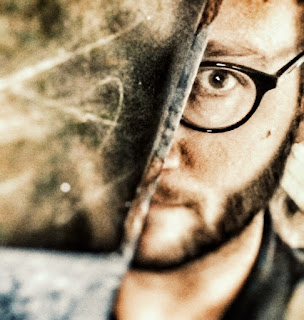 Peter Senftleben joined Crooked Lane Books in the Fall of 2016 as editor after nearly ten years with Kensington Publishing. Often drawn to distinctive voices, stunning writing, realistic characters, and stories that will make him skip meals (good luck with that), he is currently acquiring all subgenres of mystery, suspense, and thrillers. He especially wants to be surprised by plot twists and unexpected characters or settings, and does not want to see anything with terrorists of any kind. You can follow him on Twitter at @gr8thepeter.

Before leaving Kensington, some of the projects I acquired were:

Dead and Ganache, plus one more book continuing the Chocolate Whisperer Mystery series by Collette London
Bless Her Heart and two more books by Sally Kilpatrick
Three more Webb's Glass Shop Mysteries by Cheryl Hollon
Three more Liss MacCrimmon Scottish Mysteries by Kaitlyn Dunnett, as well as two books in a new series
Worth Waiting For and two more books by Wendy Qualls
Under Water + 2 by Casey Barrett
The Quiche and the Dead + 2 by Kirsten Weiss

Chase by Sidney Bristol
Lone Wolf by Sara Driscoll
In Your Arms by Shannyn Schroeder
Death on the Patagonian Express by Hy Conrad
The Edge of the Blade by Jeffe Kennedy
Dead in the Water by Annelise Ryan
The Golden Hour by T. Greenwood
Mogul by Joanna Shupe 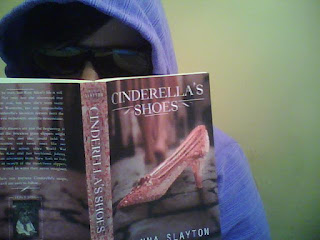 Lydia Sharp is an editor for Entangled Publishing. Her main interest is YA (any genre) and adult contemporary romance. She is also a short fiction author and YA novelist represented by Laura Bradford of the Bradford Literary Agency. Her debut YA novel, WHENEVER I'M WITH YOU, releases from Scholastic Press in January 2017. Follow on Twitter @lydia_sharp.

Over the years, Lydia has been a regular contributor to several writing and publishing industry sites, including the award-winning Writer Unboxed. Since joining the Entangled editorial team, she has had the privilege of working with some very talented authors in a variety of genres and reading categories. Here are a few of the titles Lydia has edited:


FORGET ME ALWAYS by Sara Wolf (YA contemp, NYT bestseller)
SPINDLE by Shonna Slayton (YA historical fantasy)
WAKE THE HOLLOW by Gaby Triana (YA mystery/thriller)
SECRETS OF A RELUCTANT PRINCESS by Casey Griffin (YA contemp)
GARDEN OF THORNS by Amber Mitchell (YA fantasy)
A ROYAL’S KISS by Lindsey Duge (YA fantasy)
SCARDUST by Suzanne van Rooyen (NA sci-fi) 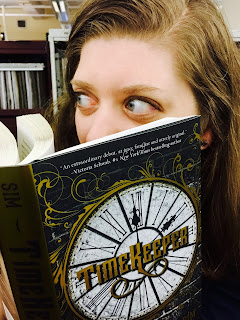 Growing up steeped in the legends and stories of Sleepy Hollow, New York, Alison Weiss learned to keep an eye out for the Headless Horseman before she even learned to read. As a kid, it was not unusual to find her huddled under the covers on a Saturday morning with a stack of books, rather than downstairs watching cartoons. She graduated from the University of Pennsylvania with a B.A. in English, and interned at Random House, where she fell in love with editing for children and teens. After six-and-a-half years at Egmont USA, she joined Sky Pony in 2015 as an editor, focusing on chapter books, middle grade, and YA. Alison’s favorite books growing up included Cloudy with a Chance of Meatballs, Eloise, Anne of Green Gables, and Paddington. As a grownup, her favorite book is Barkbelly.

Acquisitions from the past year:

Boomerang by Helene Dunbar
The Next Together by Lauren James
Devils Within by S.F. Henson
Lucy's Lab series by Michelle Houts, illustrated by Elizabeth Zechel
Mary Had a Little Lizard by Kayla Harren
Game of Secrets by Kim Foster
Phoenix Burning by Bryony Pearce
Harper and the Scarlet Umbrella series by Cerrie Burnell, illustrated by Laura Ellen Anderson
The Amber Amulet by Craig Silvey, Printz Honor award winner
The Beginning Woods by Malcolm McNeill
The Harper Effect by Taryn Bashford

Email ThisBlogThis!Share to TwitterShare to FacebookShare to Pinterest
Labels: on the block