A Whole New Level of Pushing Through 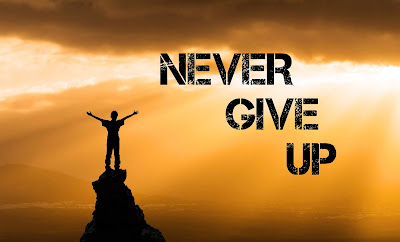 Many of you have been following my blog for a long time--since before I was agented, since before I'd gone on submission with not one or two or three or four, but FIVE novels that didn't sell. I wrote a lot of posts about persevering, pushing through, never giving up.

Signing my contract with Tor Teen was definitely an arrival--a moment long awaited for, long dreamed of, long worked toward. But it was by no means the end. The hard truth is that perseverance and determination and chutzpah are just as necessary after you've landed your first book deal. Because--and here's the kicker: writing doesn't get any easier.

I mean, you all know that writing is hard, right? This writerly journey isn't for wimps! And getting your first book out there doesn't mean you're suddenly a pro who doesn't have to do more than blink one languid eye to produce the next novel.

As most of you know, I signed a two-book deal, and the second book was listed as "Untitled YA". True confession: I was immediately intimidated. Why? Because SOMEONE WANTED TO BUY A BOOK I HADN'T EVEN DRAFTED YET. That may sound like a dream to some of you, but for me it was a few breaths shy of a nightmare. One of my pre-published fears was that I would find myself writing a book that people were waiting for--and I wouldn't be able to do it.

That's a bit of a scary monster to overcome, yes?

Sure enough, my novel-in-progress has been a slogfest. I've groaned and wept and gnashed and cursed and stared and snarled my way through this process, day after day. I started the second draft before finishing the first because it was such a mess I couldn't write the denouement. Then I started the third draft when I was halfway through the second because I'd gone way off track again.

I think I'm finally on track--and EXCITED!!--about my new story, which will be out September, 2020. Which, considering how quickly the past year has zipped by, isn't that far away.

Sometimes it makes me cry.

Sometimes it makes me feel like I should never have decided to be a writer.

But at the end of the day? It makes me feel empowered. Creative. Purposeful. And proud of myself for pushing through the hard bits.

So my mantra on this side of the journey remains the same: Never Give Up. I'm still living that, and I expect I always will. Nothing worth doing is easy; nothing worth sharing is effortless. Sharing our words with the world is a high calling, and we've got to be prepared to dig in until we're barely standing.

And then we can eat some chocolate or queso or or or MOON CHEESE (my new favorite snack) and keep going.

Believe in yourself! Believe that, when you are flat on your back and ready to quit, tomorrow you'll have what it takes to write another page, another scene, another chapter.

Hooray that we're all in this together! Hooray that we can rely on each other when we're feeling like we can't do this anymore!

Onward!
Posted by Authoress at 9:00 AM