This Friday is my birthday. It's also the 7-month anniversary of the release of STORMRISE.

I suppose it's more usual to note a 6-month anniversary, but March passed by in a bit of a blur (as I'm sure it did for most of you). So here I am, a month late but no less grateful.

September 24 wasn't supposed to be my release date. Originally, STORMRISE was slated to drop on September 10, which was when I'd planned to have my big release party. To say that I was upset is an understatement; all I could think about was the party and all the people who said they'd be there and how many months in advance I'd booked the venue. Not to mention the fact that I wanted to have physical copies to sign for people.

Everything worked out just fine. Tor Teen made sure early copies were there, and they even crafted me a gorgeous poster, to make up for the fact that my release party was no longer my actual release day. 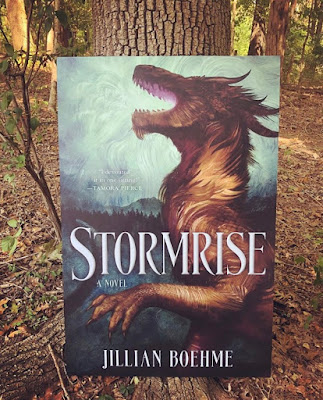 (The poster lives in my office, propped against the wall. I still haven't figured out a way to hang it up without damaging it.)

It's been an interesting seven months--I've swung from the heights of elation to the depths of disappointment and back again. I've watched STORMRISE wend its way into the storm of books-clamoring-for-attention, holding my breath and reminding myself not to read any review less than 3 stars. (Seriously, it's not worth it. Some people are going to hate your book no matter what, and there's no reason to go all imposter-syndrome every time someone rips into your writing.)

These are the sort of comments that have kept me afloat:

Thank you, reviewers. It might be that you don't realize how your words fuel confidence when it lags and creativity when it dwindles. You may not know how much it means to an author that her words moved you. It's a privilege to speak into people's hearts and imaginations, and it's a gift every time they let you know.

So, what have I learned in seven months?

I've learned that people may buy your book in October and not read it until March. And still love it.

I've learned that libraries are more wonderful than I'd even known.

I've learned that the fan art of eighth-graders feeds my soul.

I've learned that the release date of a debut novel comes and goes--a blip on the timeline of my life. And that I've got to continue looking ahead.

I've learned that it's really (really really) hard sometimes to feel like a tiny fish in a boundless sea.

I've learned that following my dream was absolutely the right thing to do. 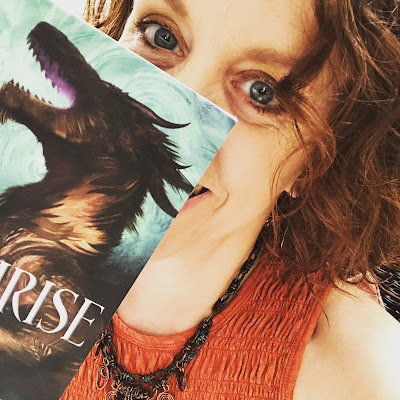 Huge thanks to each of you who has purchase a copy of STORMRISE. For those of you who are audibook fans, I'd like to gush once more about the amazing Renee Chambliss's incredible narration and encourage you to borrow the audio edition of STORMRISE from your library or purchase a copy for your own collection.

LISTEN TO THIS EXCERPT!

What's next? THE STOLEN KINGDOM (which has shown up on Goodreads and Amazon over the past couple of days -- super early, but whatever!) has an official release date and a stunning cover, and I'll be sharing both of those when the time is right. (Or, yanno, when my publisher says, "You may share the cover now.")

Hugs and chocolate to all!
Posted by Authoress at 1:04 PM