WHAT ARE THEY UP TO NOW? Featuring Beth Revis

Here is Beth's ORIGINAL ENTRY ON THE BLOG (2009 Query Critique with Jodi Meadows). 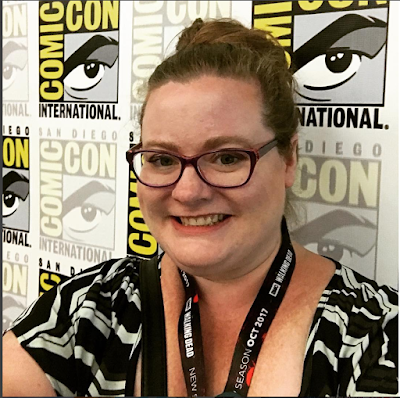 The specific contest didn't help me as much as reading all the entries of all the contests that had happened in the months leading up to my querying. It really is true that you can get a better sense of understanding what works and what doesn't by reading lots of different works. Between queries, first pages, and loglines, I found the greatest benefit was participating and learning from judging and commenting on other works than compiling the comments and forming a check list of my own.

When I wrote ACROSS THE UNIVERSE, all my critique partners believed that the first three chapters were weak....but I was stubborn and holding on. The critique I got confirmed that I really needed to listen to others and bite the bullet. Soon after, that manuscript sold. And everything changed after that. It debuted on the NYT list, it enabled me to become a full time writer, it led to more book deals. I divide my life before the book deal and after.

There's a line in Harry Potter where Ginny tells Harry a lesson she learned from her twin brothers: "Anything's possible if you got enough nerve." Getting my book published was a lifelong dream, and once it actually happened, I realized that dreams really can come true. That sounds so cliche, but it's true. It's affected my worldview.

My most recent book is Star Wars: Rebel Rising. It tells the story of Jyn Erso from the movie Rogue One, following her as a child to her just before the Rebellion breaks her out of jail. If getting a book deal was Cloud Nine, writing for Star Wars was Cloud Ten--it was such an amazing experience!

There is no one right way to write. Once I let go of the idea that if I just did "X," I'd get the book right, and accepted instead that I had to find my own process for my own story, everything clicked far better.

ACROSS THE UNIVERSE was the book that changed my life, but it was also the book I almost quit before. I'd written ten manuscripts over the course of a decade and compiled about a thousand agent rejections. I'd come close to the finish line, but never crossed it. I had decided enough of my life had been thrown away at the impossible. But I had one last idea, one last story to tell, and if I'd given up before it, I never would have seen my dreams come true. 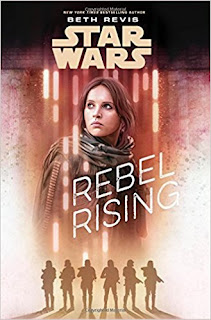