WHAT ARE THEY UP TO NOW? Featuring Tara Dairman

Here is Tara's ORIGINAL ENTRY ON THE BLOG (2011 Secret Agent Contest, in which her agent was not the judge, but was lurking and requested pages!), and her 2011 BAKER'S DOZEN ENTRY (from which she received multiple offers of representation). 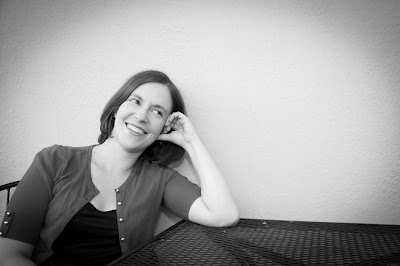 It played a huge role! I first entered a Secret Agent contest in October of 2011; the judging agent picked my middle-grade entry (GLADYS GATSBY TAKES THE CAKE) as a runner-up, but it turned out that another agent was lurking and reading the entries and requested a query and pages from me. It was Ammi-Joan Paquette at Erin Murphy Literary Agency, which is normally closed to unsolicited queries, so I was pretty excited to get this second request.

Then, two months later, I got into the annual Bakers Dozen agent auction. The agent who "won" my manuscript ended up offering rep, as did multiple others. In the end, Joan was the best fit for me and I signed with her. She's still my agent!

Joan sold my debut MG--which ended up being retitled ALL FOUR STARS--to Putnam shortly after I signed with her, and it came out in 2014. I'm still represented by Joan, Gladys's story turned into a three-book series, and I just published my fourth MG novel, THE GREAT HIBERNATION, with Wendy Lamb Books/Random House...and the whole journey started right here on this blog. :)

There are so many best parts. Writing the words "The End" after slogging through a difficult draft. Getting an enthusiastic reaction from critique partners, or my agent or editor, the first time they read a new manuscript of mine. Hearing from young readers who've connected with one of my books. My writing tends to focus on humor and plot, and I never thought I'd be the kind of author kids said changed their lives...but I actually hear regularly from kids who have been inspired by my books to cook or to try a new cuisine they'd never tasted before, which is SO COOL.

The most difficult...oh, it's the same as ever: Getting through that first draft. Knowing it's terrible, but having the confidence that, eventually, I'll make it good. I still struggle with this, several books after my debut.

My newest book (just out September 12!) is THE GREAT HIBERNATION (Wendy Lamb Books/Random House). You can find it in hardcover or as an e-book wherever books are sold. It's a humorous, quirky MG mystery about a town where all of the adults fall asleep; the kids are left in charge and have to figure out what happened and what they should do about it. It kicks off with the Annual Tasting of the Sacred Bear Liver, features a sheep in snowshoes, and just gets weirder from there. I had an absolute ball working on it. (Well, except for that first draft, which was as painful to write as ever.)

When you're prepublished, it can feel like you're waiting forever to make it (whether you define "making it" as signing with an agent, getting a book deal, or something else). Looking back, my journey from contest entrant to person-with-a-book-deal was relatively fast, but I remember that it felt torturously slow at the time. What I'm not sure I appreciated then was the freedom that being prepublished gave me to write whatever I wanted, no matter how outlandish the premise seemed. Once you're "in" the industry, there can be some pressure to stay in your lane (whether that's MG, humor, etc.), especially if your early books in that area see some success. So use that prepublished time to be as outlandishly creative as possible. Write the book that ONLY you can write. And have fun with it, if you can.