In the wee hours of Christmas morning, I lost the baby.

More than anything, this experience showed me how amazing my children were.  When Eric and I got home from the ER around 10:00 (which is a good three hours later than our usual start to Christmas morning), the hot chocolate was made, the fireplace was crackling, the Christmas music was playing, and my oldest daughter had washed my (bloodied) Christmas jammy pants so I could put them back on.

It was a strange juxtaposition of sorrow and joy.

I grieved for a full month, and then I began to heal.  One of the happier moments of that winter was receiving a revise and resubmit request from an agent I adored.  My dear husband booked us a "writing weekend" at a nearby Marriott Courtyard so that I could focus on the revisions without distraction (well, except for him--but that was part of the package). 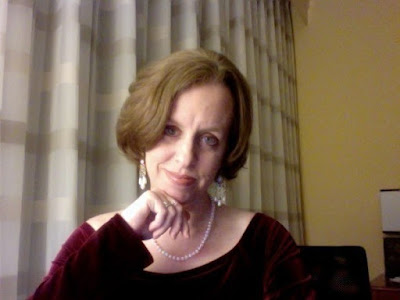 I can't tell you how many times I looked at this prototype selfie (taken on Photobooth) and imagined it was my author photo.  The revise and resubmit ultimately resulted in (yet another) rejection, but the weekend with Eric remains a treasured memory.

2010 was a busy year on the blog, with lots of in-house critique sessions and almost-monthly Secret Agent contests.  The biggest development was, of course, our very first Baker's Dozen Agent Auction, which I announced in October.  This was destined to be the blog's most popular and results-producing contest, running for 5 years before I finally hung up the gavel.

In the midst of reading all the entries and doing all the behind-the-scenes work that was required, I enjoyed a visit from my parents, who came for Thanksgiving that year.  Because life is far too dull unless you're doing something creative, I wrote a little screenplay for a short film, starring my dad (who isn't shy), called The Poet's Lost Words.  It was a collaborate family effort, with my then-11-year-old son taking the supporting lead and my teenaged daughter filming.  My mom played a cameo (and pretended to complain about it.) 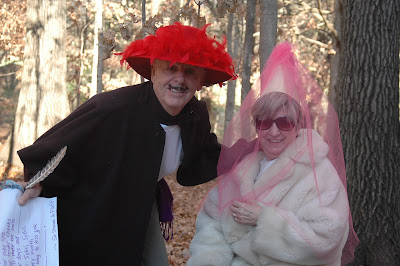 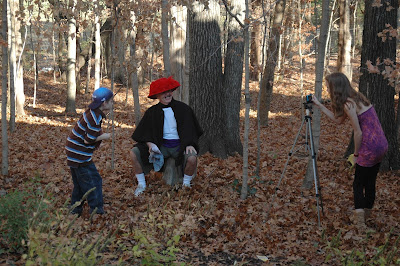 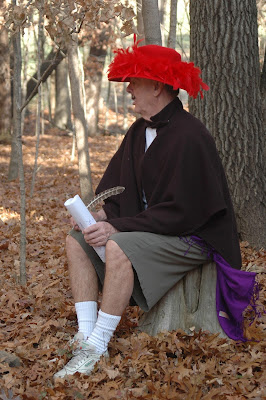 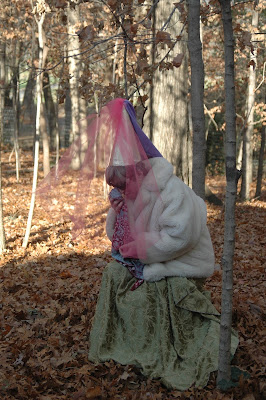 Among the agents who participated in the Baker's Dozen that year (and every subsequent year) was Josh Getzler.  It was a bit...strange, because earlier in the year he had requested a revise and resubmit on my YA dystopian, and while the Baker's Dozen was in the works, I was waiting to hear from him.

Imagine me, sending out emails to the agents as "Authoress" while waiting to hear from Josh as myself.  And keeping that line in place.

And twitching.  A lot.

On December 18, we made it official.  And here's a sort of goofy picture of me having that "I want to be your agent" phone call with Josh. 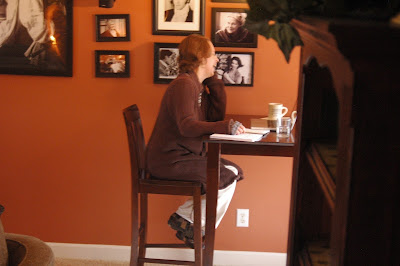 Now happily agented, I worked hard on my next novel while hoping, of course, for an amazing sale of the first one.  In June of 2011, our trip north to visit my parents included a week in Cape May (our favorite place on the planet and the setting of my then-WIP), and a day trip to NYC to schmooze with Josh.

In August, I was in for yet another treat--Beth Revis, author extradordinare and of one of this blog's Success Story Authors, came to a book event at our local Borders.  Once again, I had to hide this exciting event from my blogging world, in the interest of keeping my identity a secret.  Now, at last, I can show you the photos that still make me smile!

Lest you think I spend all of my time at wineries and bookstores, here is a photo of my first spelunking experience, thanks to my eldest son, who is the most amazing outdoorsman/hunter/fisherman/naturalist I know.  Also, I didn't hurt myself. 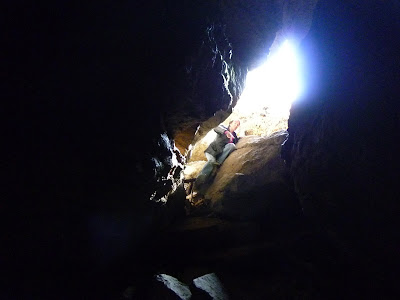 In 2012, my second novel with Josh went on submission.  It was a blow, of course, to not have that first novel sell.  Nobody wants to believe they're going to be that author whose first agented book does a belly flop, right?  Yet there I was, having to let go of that "quick success" dream and push through.

While accruing a collection of rejections on this second novel (alas), I was hard at work on my next story--but it was a dystopian, like my first had been, and the market was clearly already saturated.  (Thank you, Hunger Games!)  Josh and I had to have the "I'm not sure we can go out with this one" conversation.  Which, of course, I didn't want to hear.  I was in love with my WIP (aren't we all?), and I didn't like having to swallow this proverbial bitter pill.

I'm sure that's what must have inspired THIS BLOG POST, in which I bring up the question, "Do we follow the market? Or follow our hearts?"

I decided to finish my latest round of revisions on the new dystopian, while throwing out the idea to Josh that perhaps we could go out with a middle grade fantasy I'd written a few years earlier.   He agreed to take a look at it, and I was glad to have something else in the pipeline, since my book-on-submission wasn't looking too hopeful.

In September, my parents celebrated their 50th wedding anniversary.  They are a constant reminder to me of what it means to stay committed.  Also, they are the reason I love to laugh.

Shortly after, Gabrielle Harbowy invited me to submit a short story for consideration in Dragon Moon Press's upcoming anthology, When the Hero Comes Home 2.  So the end of 2012 was a mixture of working on the short, presenting our third Baker's Dozen, and hoping that my middle grade fantasy would find a home in the coming year.

In February, 2013, I received the news from Gabrielle that my short story, Beginning, would be published in the anthology.  A huge pick-me-up, since my second on-submission novel was now dead in the water.  In early spring, we went on submission with the middle grade fantasy, while I was busy working on a mission suggested by my agent--to write a straight-up YA science fiction.  I rolled up my sleeves and dug in.

I was also devoted to my ballet classes, which I loved despite the fact that dancing is one thing I seem completely incapable of doing well.  If anything, it kept me moving, and gave me a happy place outside of my writing. 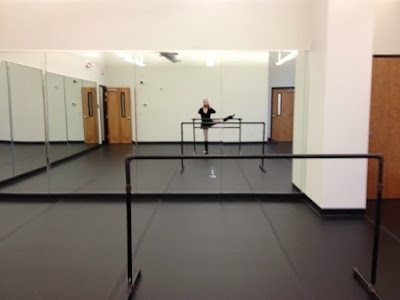 Life at home, though, took an unexpectedly dark turn.  My fourth child, then 14, began to exhibit increasingly disturbing behavior that turned out to be OCD.

He's doing well now--a freshman in college, majoring in communications (he wants to be a sports broadcaster, and trust me, he's got the voice for it!).  But then?  It was scary.

Our lives were consumed by his inability to function.  He was unable to do anything, frozen by obsessions the OCD was hammering into his brain.

Life as we knew it stopped. It was truly the most difficult season of parenting we'd ever walked through.

And because of it, I no longer throw around the term "OCD" lightly.  I don't find OCD jokes funny any more.  It is what it is, and I'm so grateful that my son is living a full, happy life.  But this experience has left an indelible mark on me.  On all of us.

So through the Secret Agent contests and Baker's Dozen for the rest of 2013, that's what my life looked like.  The release of When the Hero Comes Home 2 in November was the brightest spot of a very dark season. 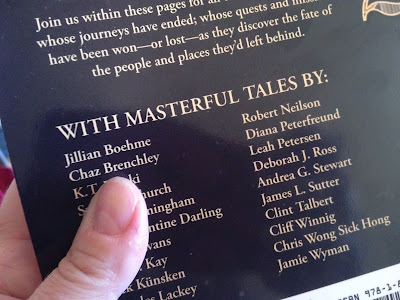 Despite the hardship, I was able to complete a decent draft of my YA science fiction novel.  By this time, Josh had brought Danielle Burby on board as his assistant, and she was actively involved in reading and critiquing this project.

Imagine my horror when I learned that she felt--and Josh agreed--that one of my main characters should actually be a girl instead of a boy.

If I'd ever hit a point at which I felt, utterly and completely, that there was NO WAY I could do what was asked of me, this was it.