Meet Michael Kato, the Brains Behind Our Bot

Many of you are already aware that we've got a fabulous guy behind-the-scenes here at Miss Snark's First Victim.  Back when I was doing all my contests by hand, Michael approached me and offered to create an automated submission system.  I was hesitant at first, since I was still relatively new to this anonymous thing and wasn't sure how to receive help from strangers while still remaining anonymous.  But his persistent, kind offers finally wooed me, and the rest is history.

So today I'd like to give you a chance to get to know Michael, and also to bless him by giving a little back (more on that in a bit!).

I give you An Interview With Michael Kato, Authoress's Hero: 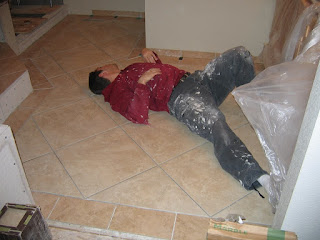 Authoress: So, what do you do for a living?


Michael:  I go into a building at 8 a.m. They pay me money to sit in a chair until 4 p.m. Actually, I often forget I have a job. It's so boring I never even think about it. When I'm forced to think about it, I refer to it as The Building I Sit in All Day.


I was asked recently, What do you do out here? and I said, I'm a writer and I'm also coding an Awesome Project for Writers. Oh, that's great, how many books have you publish? Um, none, just a few shorts and prose. Oh, then you must make a lot of money off of your app. No, it hasn't gone to beta yet. Then how do you make money? What do you mean? How do you feed your family? Oh, right, I sit in a building in the afternoons and they pay me. I don't talk about that much.


Authoress: And what do you ALSO do for a living that makes you the most wonderful geek alive?


Michael: Since we're writers and our art is words, I feel it's an appropriate forum to be a word Nazi and point out that I don't really like the baggage attached to the word Geek. It implies a certain mindset about society and culture, a certain cast that I think any person would have a hard time fitting into. Also, I don't like the idea that people treat computer expertise (a field quickly becoming as important as reading, writing, and history) as if it's some sort of humorous nebula belonging only to the brainiacs.


Michael: Secretly, I love being called a warrior poet, but it hardly feels humble to tinsel myself with honoraries.


I am very good at martial arts, as anyone who has studied for more than twenty years would inevitably become. I have a deep passion for the philosophy and tranquility the traditional styles infuse into the artist. Sadly, I can never be a grandmaster because I can't grow a wispy white beard. I'm also not a very good poet, so perhaps warrior wordsmith would be more accurate, if a bit alliterative.


Authoress: Okay, Warrior Wordsmith--why did you decide to offer your talent and time to MSFV in the first place?


Michael: I can't stand people doing a computer's work for it. We invented computers to perform repetitive computations; not to give ourselves more repetitive computations to do. When I heard that you (Authoress) were picking, copying, pasting, reformatting, decrypting symbols for, and then posting all those entries, well, it had to be fixed. Plus, like most of the world, I <3 Authoress--the ultimate cheerleader for writers everywhere--only slightly less than I <3 Miss Snark--the ultimate taskmaster for writers everywhere.


Michael:  I guess you could consider Miss Snark a childhood influence; one to always be remembered in that nostalgic way reserved for childhoods. You know, the Good Ole Days, back before writing was hard work and made up of deadlines and self evaluations.


Authoress: That makes me feel slightly better. So, do you remember how you discovered MSFV, and what it was about the blog that kept you coming back?


Michael: I'll need the Way Back Machine for that one. I'm fairly certain that it was when I was trying to uncover Miss Snark's secret identity. I happened upon several blogs with links to MSFV. There was a contest in progress (Drop the Needle, I think) and there was this awesome cheerleader who made all the writers feel both important and safe while they bifurcated each others' writing. (Well, it was often cleaved into more than two parts, but I couldn't miss a chance to use an inopinate word)


Authoress: What do you WRITE?


Michael:  Since I was laid off from The Job I Intended to Retire At over a year ago, I've really only had time for one project, and that's been the upcoming Wordspot application, so my writing has suffered dearly. Hopefully we'll sign tons of writers and I can replace The Building I Sit in All Day with writing my opus and coding cool stuff for writers.


When I am warring the written word, I find that, like martial arts, the thing I love most about writing is the depth and breadth of the art. I've written six novels, including a mainstream, a mystery, a fantasy series, and a historical fiction (all of them are rubbish). For the last 2 years I have devoted myself entirely to short stories because I sucked at them. I've discovered in the process of perfecting my shorts just how little I understood about writing and just how much short stories have to teach us about crafting tension and effective plot arcs. I'm thinking about taking a year to work entirely on poetry as this is the area I am most deficient now. But given the choice, I would write stories that inspire people to pursue their dreams and be excellent in everything they do--the way books inspired me as a youth. I would pen them with the magic prose of Patricia A. McKillip, the suspense of Steven King, the gritty realism of George R. R. Martin, and the transforming metaphors of Milton Erickson.


Authoress: I love Patricia McKillip! No wonder I'm constantly telling you that you're my hero (except when you're saying you <3 me slightly less than Miss Snark). So what's your favorite thing to do when you're NOT doing any of the above? Besides sleeping, of course. 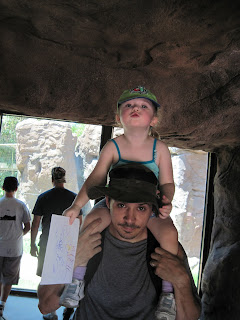 Michael: To be honest, I have my family--always at the front of the list--my writing, my Awesome Project for Writers, martial arts, and The Building I Sit in All Day to make money (until I find a way to make writing pay me money). Seriously, there just isn't room for any more excitement. I've never owned a television. The family camps once a year, every month we take the girls somewhere special, and the rest of the days are like clockwork: Wake up, write, Sit All Day, come home, do goals with girls, work on Awesome Project, kick people in the head, come home. Wash. Rinse. Repeat. I'm sure it sound much duller than it is. That's probably why I write fiction. So I have interesting things to talk about with others.


Authoress: As fine a reason for writing as ever there was. :-) Before we close, can you give us a wee idea of what your Awesome Project for Writers (Wordspot) is all about? (I mean, I already know all about its awesomeness. I just thought you might want to offer a teaser.)


Michael: The Awesome Project for Writers started when I moved and couldn't have physical access to my amazing, devoted, inspiring writer's group. I think of it more like a support group than a critique group, although we did wear both hats when appropriate. That is the spirit of Wordspot: Provide a place to meet writers, forge friendships, collaborate, get inspired, share goals and dreams, storyboard, get feedback and critiques, track query letters, and find publishing opportunities.


Also, we want to bring all this to writers without the tedium that normally comes with doing such things online. It sounds like a tall order, but Matt (my partner in crime) and I have between us nearly 30 years of user experience, coding, and writing know-how, plus an amazing group of professional and amateur writers to steer us straight, so I think we're the ones that can pull it off.


Authoress: And having worked with you both, I'm absolutely certain of that as well. Thanks so much for allowing us to get to know you a little better!


---
I'm so thankful for the (literally) hundreds of hours that Michael has devoted to this blog.  Because so many of you have benefited from his hard work (automated submissions and, most recently, our beautiful web form!), I'd like to give you an opportunity to say THANK YOU to Michael.


Starting today and running through the weekend, YOU CAN SEND A DONATION TO MICHAEL VIA MY DONATION BUTTON.  All donations, in any amount, sent in this time frame, will be given to Michael in full.  You can put "Michael Kato" in the note box of your donation, but even if you don't,  the money will still go to him.


The amount of time that Michael has volunteered here is unfathomable.  (Maybe that's because I find computer programming mind-bending and endlessly tedious, and I stand in awe of anyone who can do that sort of thing for hours--and do it REALLY WELL.)


Simply click on the DONATE BUTTON on my side bar, or GO HERE.  You may donate any time between now and Sunday at midnight.

And, of course, feel free to express your gratitude in the comment box as well.  Michael is a Godsend, and I often feel like I can't thank him enough.  So perhaps if you join me, we can all thank him together!
Posted by Authoress at 8:34 AM