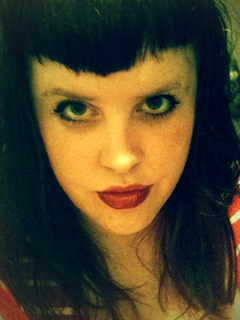 Many rounds of applause for this month's Secret Agent, Bree Odgen of the D4EO agency.

Bree Ogden has been working as a literary agent for 3 years representing children’s, YA, graphic novels, and art books. She trained under Sharlene Martin at Martin Literary Management and currently works for D4EO Literary Agency in the Seattle office.

Bree graduated with her BA in Philosophy from Southern Virginia University where she served as editor-in-chief of the University’s newsmagazine. She was awarded Most Valuable Player and Editor of the Year, as well as SVU’s Pioneer Award, an honor the University awards to two students each year. She then received her MA in Journalism with an emphasis in editing and expository writing at Northeastern University where she worked on both the New England Press Association Bulletin, and also served as the features editor of the premier campus music magazine, Tastemakers Magazine.

Bree has spent many years working as a freelance journalist and currently co-operates the macabre children’s magazine Underneath the Juniper Tree where she serves as Editorial Director. Bree is also an instructor for the Web site LitReactor.com where she teaches Intro to Graphic Novel Writing. She was recently given a column on LitReactor titled, "Ask the Agent with Bree Ogden" in which she answers all your industry questions.

In her free time she works on her Web tragicomic BOLEYN with highly acclaimed New Zealand artist, Evan Heasman.

• Dark (not angst-ridden)
• Realistic
• Psychological horror (with no paranormal elements)
• Hard sci fi. Meaning no fantasy, or magical realism at all
• A Dexter-ish type YA black comedy
• A Roaring Twenties historical for YA
• A manuscript written in the era of Mad Men with panache and style
• A unique and theme-driven art book • Any book dealing with Anne Boleyn
• Historical fiction (crime-driven)

Winners forthcoming!
Posted by Authoress at 8:02 AM