You all know Holly as our resident Logline Guru during our (now-retired) Baker's Dozen Agent Auctions.  She is also one of my valued critique partners, a fabulous writer, and a friend.  And next week her debut YA novel hits the shelves. 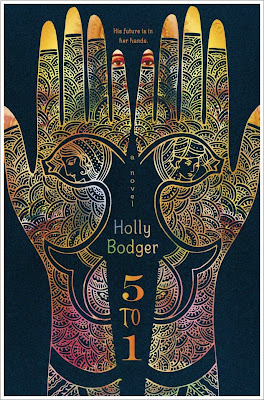 In the year 2054, after decades of gender selection, Koyanagar–a country severed from India–now has a ratio of five boys for every girl, and women are an incredibly valuable commodity. Tired of wedding their daughters to the highest bidder and determined to finally make marriage fair, the women of Koyanagar have instituted a series of tests so that every boy has the chance to win a wife. But after fighting so hard for freedom against the old ways of gender selection, these women have become just as deluded as their male predecessors.

Sudasa Singh doesn’t want to be a wife, and Kiran, a boy competing to be her husband, has other plans as well. Sudasa’s family wants nothing more than for their daughter to do the right thing and pick a husband who will keep her comfortable—and caged. Kiran’s family wants him to escape by failing the tests. As the tests advance, each thwarts the other until they slowly realize that they might want the same thing. This beautiful, unique novel is told from alternating points of view—Sudasa’s in verse and Kiran’s in prose—allowing readers to feel both characters’ pain and grasps at hope.

I adore this book. I knew in my bones that this was "the one" for Holly. You will be blown away by her ability to create a rich world and well-developed characters through spare and gorgeous verse. And her prose is pretty darn good, too! So, without further ado, and in celebration of 5 to 1's release, I give you this guest post by the lady herself--followed by information on a 5 to 1 contest just for you! 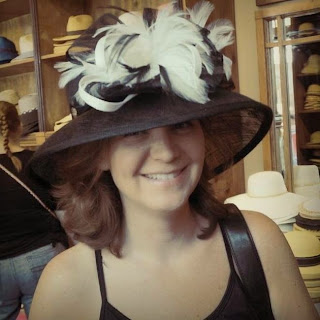 I’m going to let you in on a secret: being a writer is the best job in the world. You get to invent people and do really nice—or really mean—things to them. You get to have long conversations with friends. Okay, these friends are imaginary, but they are the best friends ever! They always remember your birthday and they are always there when you need to kick butt in outer space or when you need to have an ugly cry.

When you sign with an agent, everyone on Twitter and Facebook congratulates you. When you sell your book, everyone on the planet congratulates you. When your work is finally published, all the people in your life say they are SO DAMN PROUD and you get these amazing fans who call you BRILLIANT! But you know what’s the best thing of all? You get to do all of this while wearing pajamas and fuzzy socks!

Now that we’ve covered that, I’m going let you in on another secret: being a writer sucks. Perhaps that wasn’t clear. Let me try again. BEING A WRITER IS THE EPITOME OF SUCKITUDE! There’s a reason why a lot of classical novels are depressing, and it’s because they were written by writers. Seriously, what other career can take years just to start? Can you imagine if you went to get a job at a bank and they handed you a form letter that said, “We may hire you eventually, but please continue to fill out the attached application and bring it here every single day, oh, for the next five years. We’ll probably continue to give you this same rejection, but don’t worry, one day we might let you move to the next step. Oh, and the next step is exactly the same as this one, except it’s a slightly different form. Good luck!” I know I’m preaching to the crowds here when I say that everything about writing is hard. It’s hard to create a story. It’s hard to get it right. It’s hard to get an agent, and a publishing deal, and reviews that don’t drive you to drink Chardonnay. Luckily, there is a bright side. You will never find a community that is more supportive than the writing community. I have lost count of the number of times one of my writer friends has pulled me off the proverbial edge.

This leads me to the last thing I want to say here: a few years ago, I was ready to give up on writing. I’d been doing it for 6 1/2 years, and it felt like it was getting harder and harder, and I was not getting any further ahead. I came up with an idea for a dystopian verse set in India, but I convinced myself it was a waste of time to write it. I asked Authoress and she said DO IT! So I did it. A year later, I realized that the book was not going to sell because it was missing something. Unfortunately, I didn’t know what that something was. I decided that it was time to give up completely, but Authoress encouraged me to take a break instead. So I walked away from everything, including my agent. During my break, I did a lot of not writing. Eventually, I took a new look at my book and finally found a way to fix the problem that had plagued me. I showed the new version to Authoress and she recommended it to an agent. I wasn’t sure I even wanted to re-enter the publishing rat-race, but I took a chance and sent it to that agent. Two hours later, I had representation for my book. A few months after that, I had a book deal with the editor of The Book Thief and Wonder (two of my favorite books of all time.) I’m not exaggerating when I tell you that Authoress is responsible for my having a book coming out on May 12th. It is absolutely because of her!

There are two points to my rambling (neither of which are related to Chardonnay): 1) to remind you how amazing the woman is who runs this blog you are now reading, and 2) to tell you that, although the writing life can be hard, if you surround yourself with wonderfully supportive people like Authoress, you will make it through to the other side, and you will have some great friends when you do!

And now for the contest details!

To celebrate the launch of 5 TO 1 and give back to the writing community, my agent and I are giving away 5 + 1 prizes:

• 5 critiques of your first 500 words from me, Holly Bodger
• 1 critique of your query from my agent, Lauren MacLeod

1.  Use the hashtag #5to1 on Twitter to tweet ANYTHING that contains at least one of the following words:  KOYANAGAR, INDIA, DYSTOPIA, or HOLLY'S HAT.
2.  Tweet as many times as you'd like between now and midnight EDT on Friday, May 8.  REMEMBER TO USE THE HASHTAG #5to1, or we won't see your tweets!
3.  After you've tweeted, COME BACK TO THIS POST and LEAVE A COMMENT that says, "I've tweeted 5to1!"  (You may do this each time you tweet.)
4.  The 5 winners of the critique from Holly will be randomly selected from the #5to1 tweets.
5.  The query critique from Lauren MacLeod will be randomly selected from the comments here.

The more often you tweet/comment, the better your chances of winning!